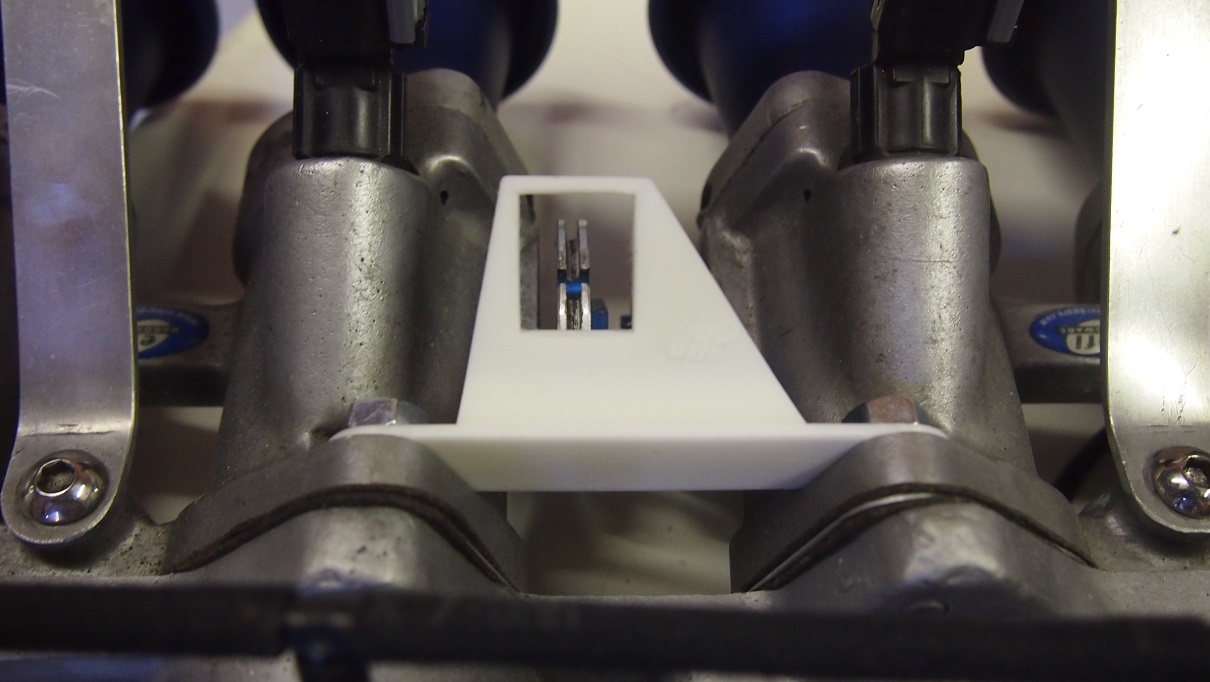 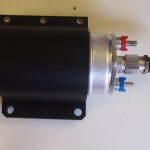 Before I begin I would like to state that I did not leave the fuel pump bracket in plain old boring white, but painted it in a stealthy matt black colour (see right). Needless to say I’m bloody happy with how this turned out, especially for my first 3D printed design. However this was a very simple print, with minimal overhangs and most of the printing motion was through the z-axis. Although I think it’s gorgeous it doesn’t push the envelope of what my printer is able to do. Moving on…

I needed a throttle cable bracket for the throttle bodies going on my daily driver. The cable itself will mount at the centre of the bodies and it is required to point at the rocker at around 45 degree’s from horizontal. The cable sheath has a plastic rectangle on the end which sits within a rectangular hole 18mm by 22mm in size; all very straightforward.

However the only place this bracket could mount was two M8 studs which hold the bodies onto the manifold, therefore the bracket needed to be strong enough to withstand the vibration it will see over its lifetime from the engine, be at a direct 45 degree angle to the printing plane as the main mounts would make the main print base and have a severe overhang at the top of the bracket because of the massive rectangular hole the for cable sheath. 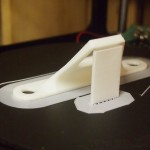 Overhangs cause issues. You can’t print hot plastics into thin air, they have a tendency to not sit right or sit at all, so you need to use support structure when printing. Fortunately Slic3r can do this automatically for you (its so awesome). If you look at the completed print on the left you can see a small tower leading up to the overhang. Although very low density this tower gave enough support to stop the initial edge of the top of the bracket from falling into oblivion while being laid down. Voila! One bracket. It required a little filing to remove some excess material but it’s hardly back breaking work. 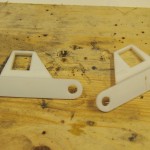 Once the print was complete I noticed one clear issue: it was backwards. Now this is a simple lesson for anyone who wants to tread in my footsteps.

“The X-Axis in Slic3r, when modelling for a delta style printer, is backwards. I should know.” Josh Ogilvie, 2015

I didn’t realise this when printing the fuel pump bracket as its symmetrical along the z-axis, but when printing the throttle bracket it meant the final piece was useless (…for anything but a  sweet looking desk ornament). After this it took me two minutes to flip in software world and then I set it off printing again. 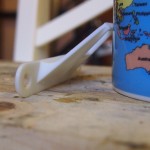 I’m extremely happy with the final print and I’m just touching the surface of what a 3D Printer can do. It’s very clear to me that without decent, modern, open-source software this whole process would have been a lot harder; I have the makers of Slic3r to thank for that. I think I will be donating some of my hard-earned pennies to their project.

The curves, gussets and fillets you can put into a CAD design are not easily reproduced when working with aluminium or steel by hand. But it’s clear to me that 3D Printed plastics somewhat fill the gap between hand made parts and billet CNC machined components. They don’t solve every problem but the ones which they solve, they solve in style.

Cool? I think so. 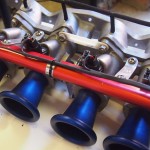 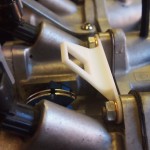 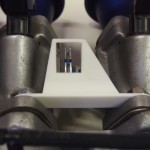 p.s. Yes, I will put lock-tight on those nuts!