It is about time I wrote an article charting the build of the Locost all the way up to now. It’s been a five/six year bender of fabrication but I’ve enjoy 95% of it and don’t regret getting stuck in. 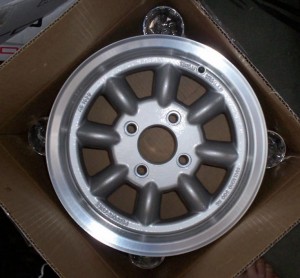 I firmly believe every good car build should start with wheels and so the wheels were the first thing I bought. These lovely 13×6 Superlites (ET 13’s if you’re interested) were bought in the autumn of 2007 and allowed me to layout the brake package, uprights and suspension geometry. This allowed the chassis geometry to be drawn in CAD. 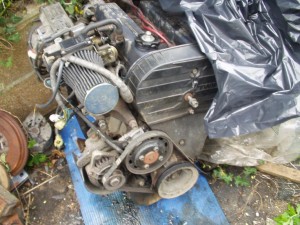 I had already got hold of a G13B to measure up as I had been interested in these little twincams for a long time, so all the major measurements could be set in stone. 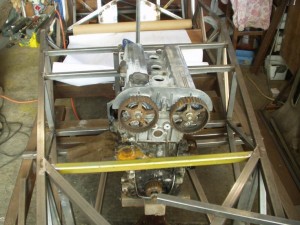 I love this picture as the engine bay has really progressed over the years. 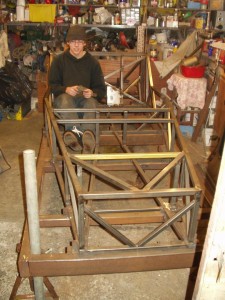 The first tubes were cut winter 2007 and chassis was completed and painted by the summer of 2008 before I headed off to university. Over my gap year I learnt to fabricate mild steal structures and learnt all about warpage and tolerances! Those with a keen eye will notice I used a heavy metal jig for the chassis build. My dad has had this lying about for years for the odd project and such. 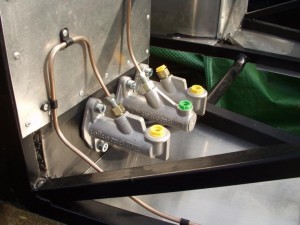 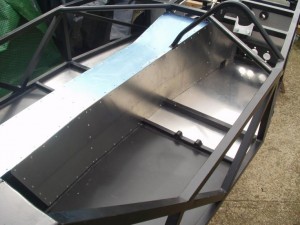 Having a complete chassis meant the long task of panelling could begin. Never underestimate how long this will take if you don’t want any overhangs and you want your panels to line up well.

It’s always nice to have a sit in and go “brum!” at this stage.

Over Christmas I sorted out the sump, using a spare block, the shape of which was dependent on a few components installed at this stage. I also cracked on with the wishbones and the steering system, working slowly out to the wheels. 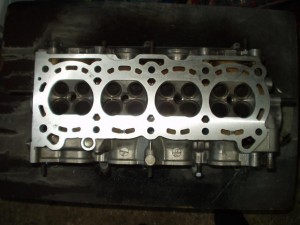 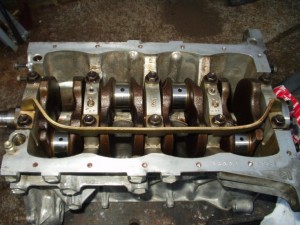 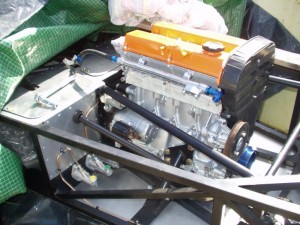 Easter/Summer 2009 – After failing at making a pair of successful rear uprights (warpage and poor design getting the better of me) I decided I’d have a go at building an engine for the car and sorting out the fuel system.

The engine I’m using is from a MK1 Swift Gti (1989) and surprisingly had little to no wear internally. It’s obviously been well looked after so I gave it a set of new bearings, rings, gaskets and a hone. It’s run absolutely fine so far and has good compression.

The picture above shows the standard fuel rail being used; this was eventually replaced with a custom rail due to using a set of throttle bodies from a Suzuki GSXR bike. 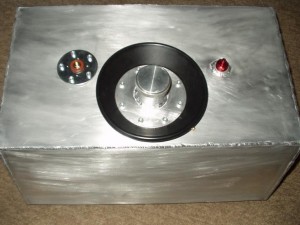 Christmas 2009 was spent making a fuel tank to be welded together back at university, I think they did an awesome job TIG’ing this together. 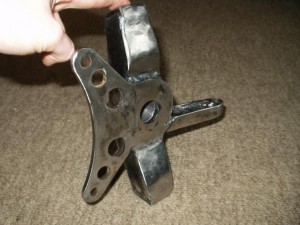 Easter 2010 was spent making front uprights, finalizing pedals and getting my first batch of metal parts together for zinc passivation. Alongside this some body-work moldings were made from some molds we had bouncing about.

A big thanks goes to the student workshop at the university who helped me machine the axles that press into the front uprights. I have lathe experience but it took a trained eye to get these correct and safe. 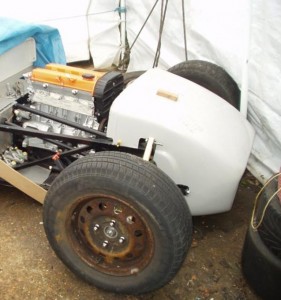 That summer I mocked together the front suspension (after making a never ending amount of top-hats and spacers!) and got to have a taste of what sitting on wheels feels like (be it only two). 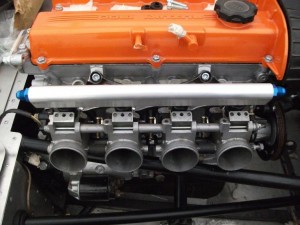 A set of throttle bodies were purchased from a G13B Mini builder over at www.16vminiclub.com. I’d been following his build closely because he cast his own manifold for bike ITB’s, which I was tempted to do myself. After he switched to using a supercharger I dropped him a message and managed to get hold of these.

The previous owner didn’t use any solid mounts for the ITB’s and given the amount of vibration seen at the intake I decided to make the whole setup a bit more robust. Although I bought the assembly, a lot of fabrication and modification had to be done to get them to fit my RWD setup so it doesn’t feel like I just threw money at the problem, simply moved it along a fair chunk. I also jazzed them up with a custom fuel rail which was required for packaging reasons. 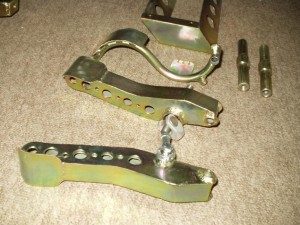 Just a quick picture of the pedals, Summer 2010. 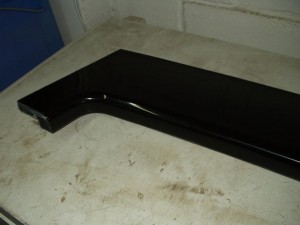 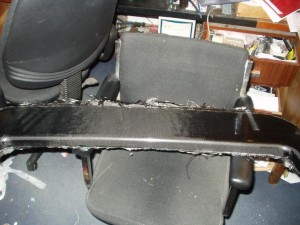 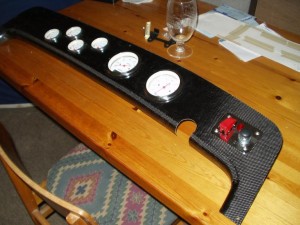 I capped the summer off by making a carbon fibre dash for the car. You have to keep work varied or it’s easy to get disheartened by the enormity of it all. This was my first time ever doing any high standard bodywork and I actually really enjoyed it; going up through the many stages of sand paper, polish and wax. 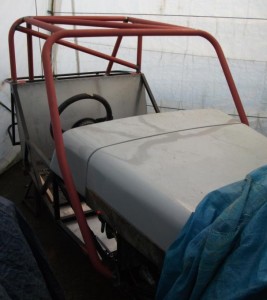 Christmas 2010 was spent fabricating and fitting the most of the roll cage. My younger brother was home so I had a helping hand getting this together. It was a bit of a daunting task as I’d never done anything like this before but as long as you stick to the measure twice cut/bend once mantra then you’ll be fine. 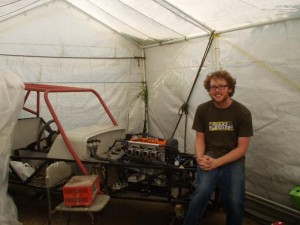 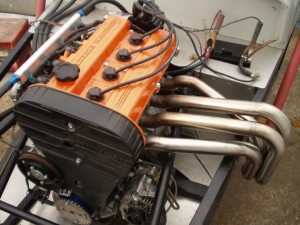 At Easter 2011 the project took a huge step forward when I got the engine running for the first time. This involved fabricating my first ever exhaust manifold out of stainless bends and wiring up my Megasquirt ECU in the car. I can’t say it went without a hitch as I initially struggled with an oil pressure issue (air locked lines), luckily I always turn an engine over with no plugs in after a rebuild. I also had issues sealing the fuel rail (new o-rings!), but this was all worth it to finally hear the engine tick over. 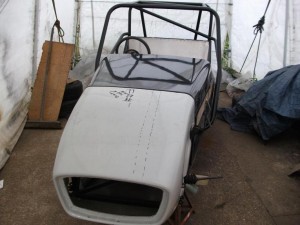 I was one of a few lucky people to be accepted to a F1 team for an industrial placement year, between the 3rd and 4th year of my degree. So my summer was always going to be a short one and I decided to finish and paint the roll cage. Then I left the car all wrapped up while I was away.

Building a car is a bit of an addiction as you can taste the next big leap forward at every stage so as much as I was away I was set on getting the rear uprights and water system sorted. With a bit of cheeky laser cutting, lots of fabrication in my winter holiday and some machining by other enthusiasts at work I got the rear uprights sorted. Alongside this I designed, cut and tacked together the water system which I then got fully welded by a company that worked nearby. 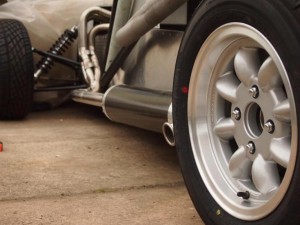 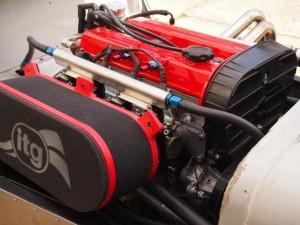 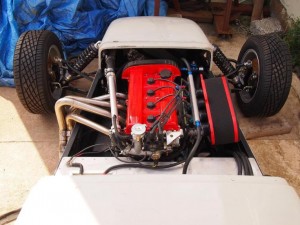 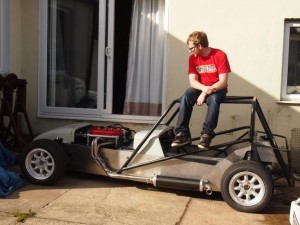 To cut a long story short I got her down on wheels, running with full exhaust and water systems. It was a lot of work but obviously highly worth the effort.

I had a lot left to do on the rear-end so that’s what took most of my time, this included cutting and shutting a pair of drive-shafts (correctly mind you) and sorting out all the brakes and brake lines etc.

I still hadn’t driven it though as I had fan switch problems and little did I know I was about to get a massive oil leak, this was all fixed over Christmas time and at the end of the summer I was a happy man.

Best of luck with your own builds and never lose enthusiasm as it’s always worth the wait.