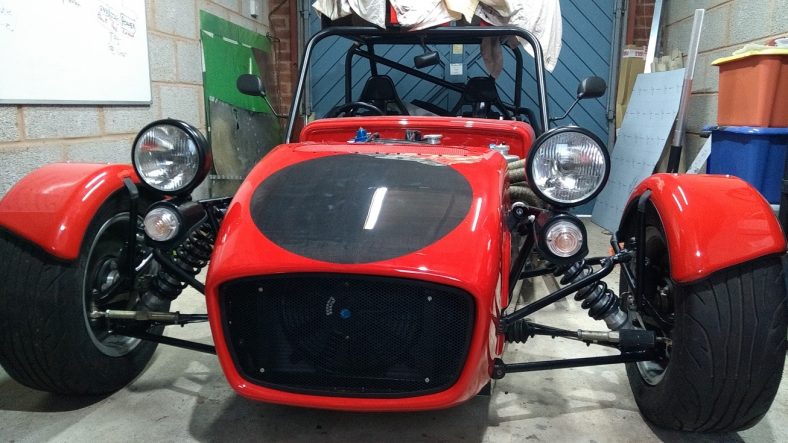 On Projects and Hobbies

I have been building and playing with my little car for almost thirteen years now. When I first started the project I envisioned having it on the road within three years (because I wasn’t going to be one of “those people”), driving it, racing it and moving on to better things. In hindsight: I was naive.

In fact, it became a running joke. I was talking to one of my friends on the phone the other day about the car and how progress was going (it turns out I actually barely talk to people about the car anymore). I stated it would more than likely be on the road in less than a year. He jested that I would be saying the exact same thing next year. In my early twenties I would have taken this very personally, as an attack on my capability or my word or some other nonsense; forgive me, I was naive. The reality is, he might be actually be right and more interestingly: I apparently don’t care.

Something I have come to realise is that the core value in a project like this is not in finishing it. Great, you get a ludicrously expensive mildly fast sports car; you could have bought a Miata and had the deposit for another house instead. You’re an idiot Josh.

The value in building a car is in overcoming the complexities, the new skills you learn and the time you get to spend with yourself (or with a friend or family member if you are doing a shared project).

On the outside looking in, if I had undertaken this project to get a sports car at the end, then yeah that’s absurd. That’s funny. That’s a joke. So I can definitely see why people can see it that way. Heck, I even see it that way!

But in reality, it’s all about “The Journey”. It’s a cliché. But it’s a cliché for a reason. It turns out its most likely a truism, as true for building cars as it is for life.

To build the car I have had to learn welding, fabrication, fibre glassing, painting, wiring, engine building, suspension design, upholstery, blah, blah, blah, the list goes on. It is unlikely I would have been exposed to these things had I not taken on the project. I have also had to learn my limits, my likes and dislikes. I know that I can hammer on at a project for going on thirteen years without giving up, that’s pretty cool right?

I have also learnt that I desperately need time alone. Those six to eight hours a week I spend squirrelling away surrounded by four walls and a car is incredibly cathartic. I listen to music, I listen to audio books, I listen to talks from modern philosophers and sometimes, more often than not, I listen to nothing at all. The sound of tools. The sound of my own thoughts. It’s a much needed break from the outside world.

Regarding the three year plan, I think it’s do-able depending on what you choose to build, your starting skill level and where you are in life. But I had none of these stars aligned. I chose a complicated custom build, with little to no experience (I had built a stock car that was all) and I was nineteen years old. I look back at that kid and I think: you had shtick you handsome fool.

Since I first cut metal I have:

I think what I am trying to say is, when I sit back and look at what I have achieved in thirteen years I say “wow, I am proud!”, and that’s what hobbies are all about. Progress in a sea of uncertainty and change. A constant when everything is variable.

So go out, get a hobby, don’t set an end date, and just enjoy yourself.