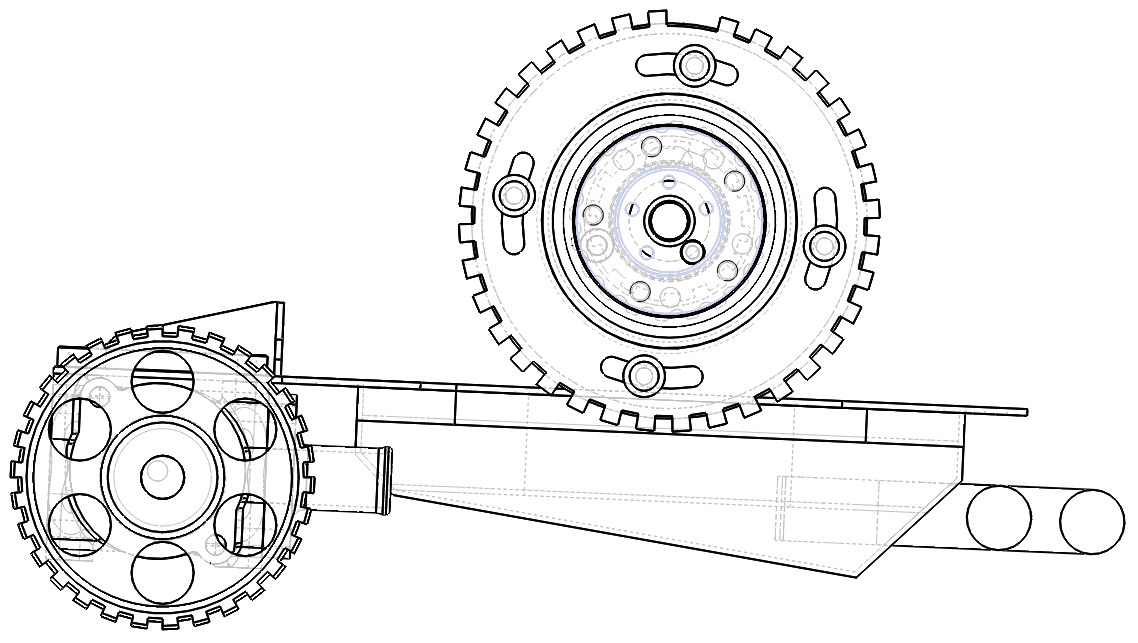 Up until now I have run a Wet Sump on the Locost. In a Wet Sump system oil passes down into the oil pan under gravity and is fed back into the oil pump via a static pickup. Under longitudinal and lateral acceleration this pickup can become uncovered, leading to oil starvation and heartbreak.

A Dry Sump deals with this problem by running an extra pump attached to the engine; a Vacuum Pump. This moves oil from the sump pan to an external tank, which is tall and thin, and much less susceptible to oil starvation. An external oil pump, or the original internal pump, is then fed from this tank; supplying oil to the engines bearings and moving parts.

Although I have built a complicated baffled and gated Wet Sump the car still experiences a slow drop off in oil pressure in long right hand corners. I felt it was finally time to take the leap and fix this once and for all with a Dry Sump System.

If you still have no idea what I am on about, my previous post covering the build of my Wet Sump is a good place to start  (link).

What are the Benefits?

As a Design Engineer I’m trying to do more… Design, when it comes to the Locost. So instead of jumping straight in and cutting metal on day #1, I drew up what the system was going to look like and got an idea of the layout. Packaging in the Locost is TIGHT, so this wasn’t ever going to be easy. 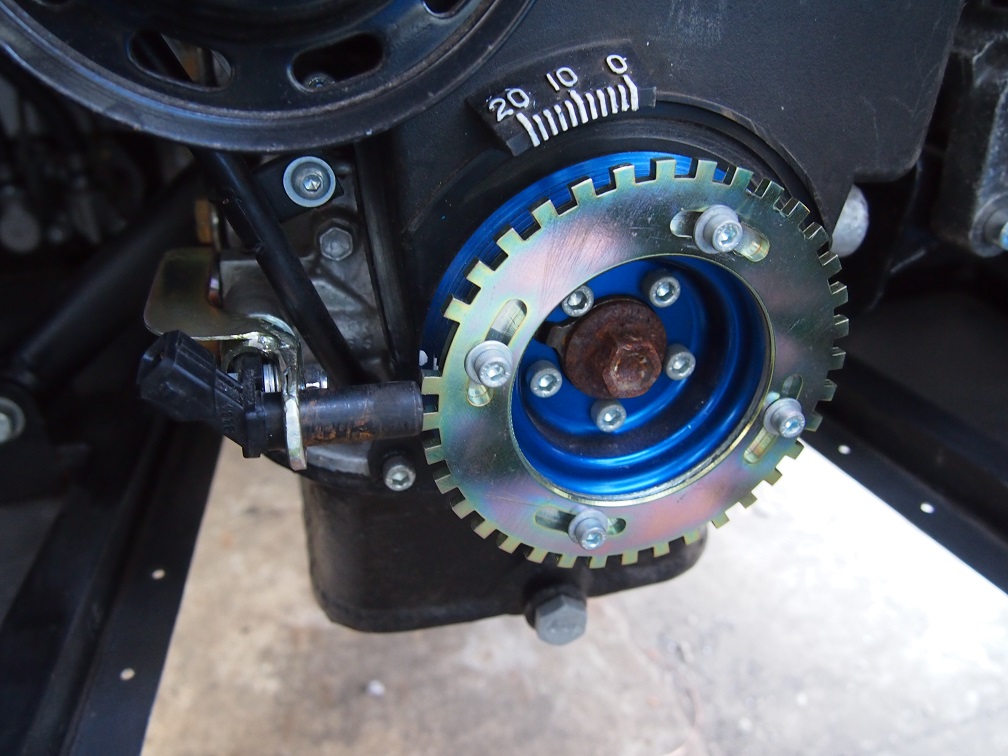 This is the space I had to work with. The ignition trigger wheel was already there and potentially in the way, and there wasn’t enough room to fit a pump on the passenger side of the bay (the alternator was in the way!) and the pump needed to be positioned to avoid the chassis rail and steering column. Oh, and retain a place for the ignition trigger sensor… 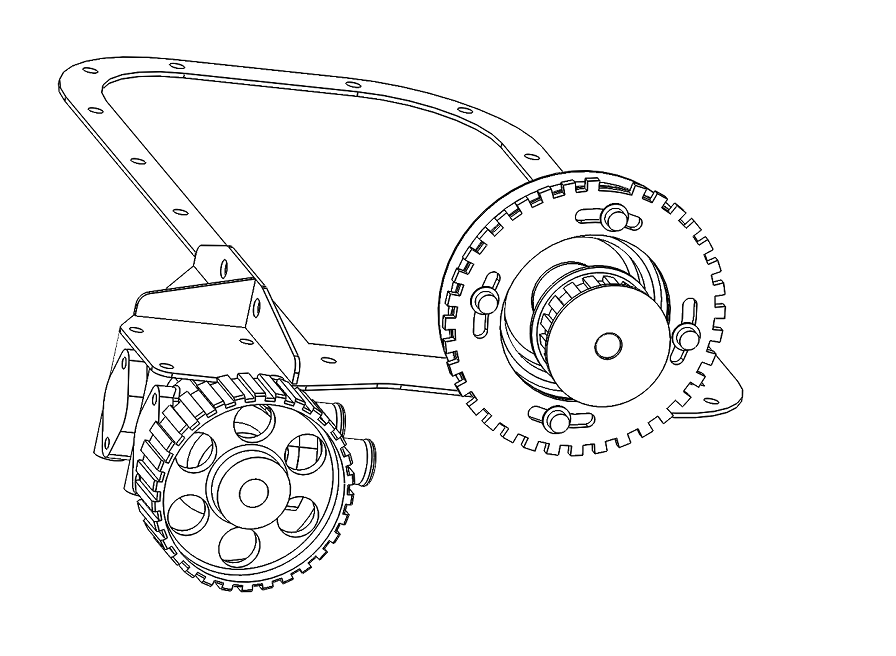 This was my initial design. I already had a Pace CD2000 Pump that I had bought many moons ago for such an occasion and I modified it into a two-stage vacuum pump, with no pressure stage. I then used some calipers to measure and get it into cad. This allowed me put a drive gear on the front of the “engine” (well sump flange and front pulley) and work out the beginnings of the new oil pan.

After many evenings and iterations it looked something like above. I had decided to use silicone hose for the oil routing between the sump and pump, as it gave many more options in terms of packaging. This mean’t I had to run steel tubing out of the pan.

I then finalised the design of the drive-hub and gear. It indexes onto the lower cam-drive and is driven through the five M6 bolts that hold onto the front pulley. 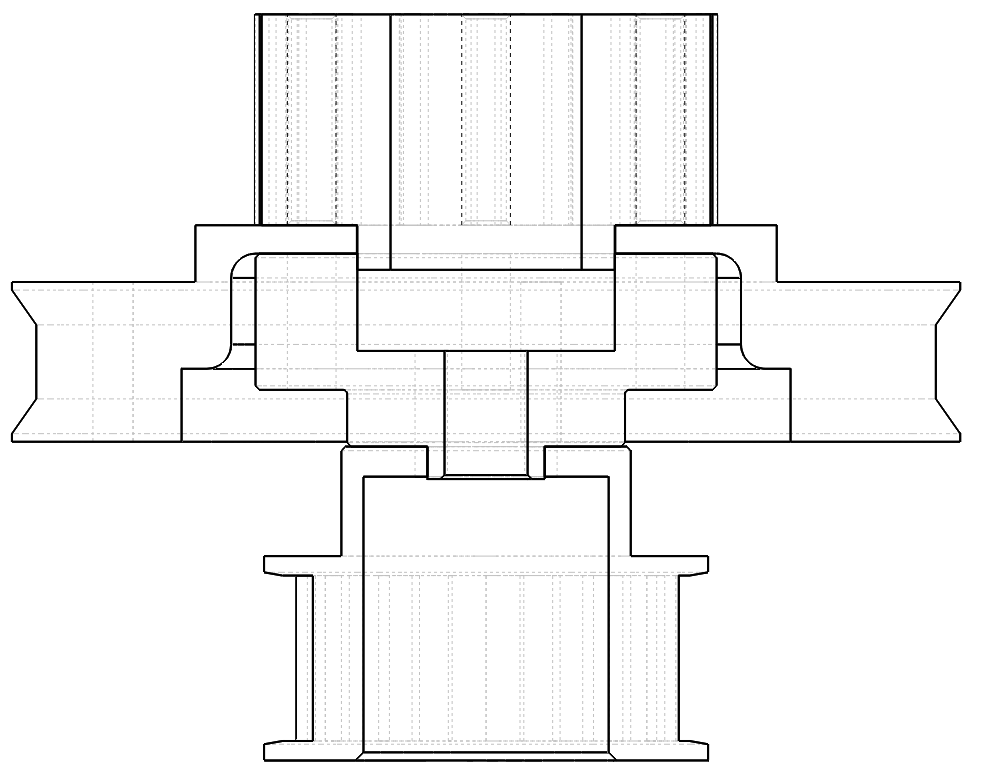 With the component designs sorted I could finally start cutting steel. I had a spare standard sump on one of my engines, so I used that as a donor flange. When I built the baffled sump I made my own flange and… it wasn’t as good as the pressed Suzuki item. All the small details really help to seal the gasket to the block and I was happy to carry them over. I marked the sump 25mm down from the flange and attacked it with the grinder. 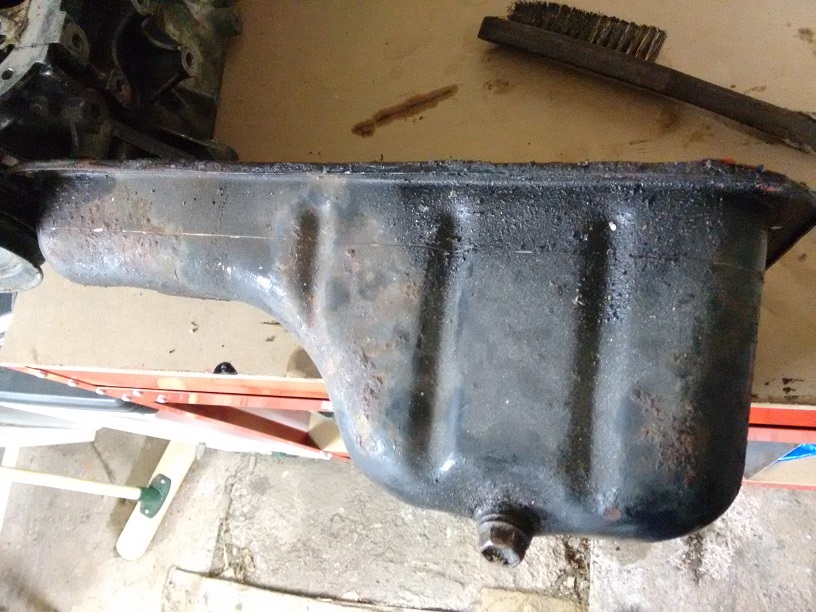 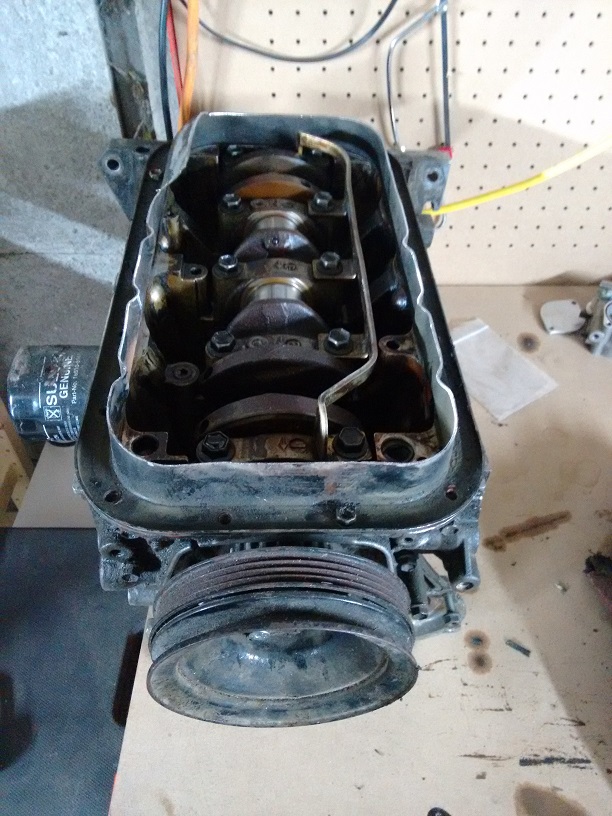 At this point I got my own lathe to help move the project along; achieving a massive life goal in the process! Its only a little Sieg SC3, but it is super useful for making little top hats and smallish components. The drive hub for example.

I was able to go from bar-stock to component in one afternoon. I had made my own digital read out for the top slide which made boring accurate depths super easy. 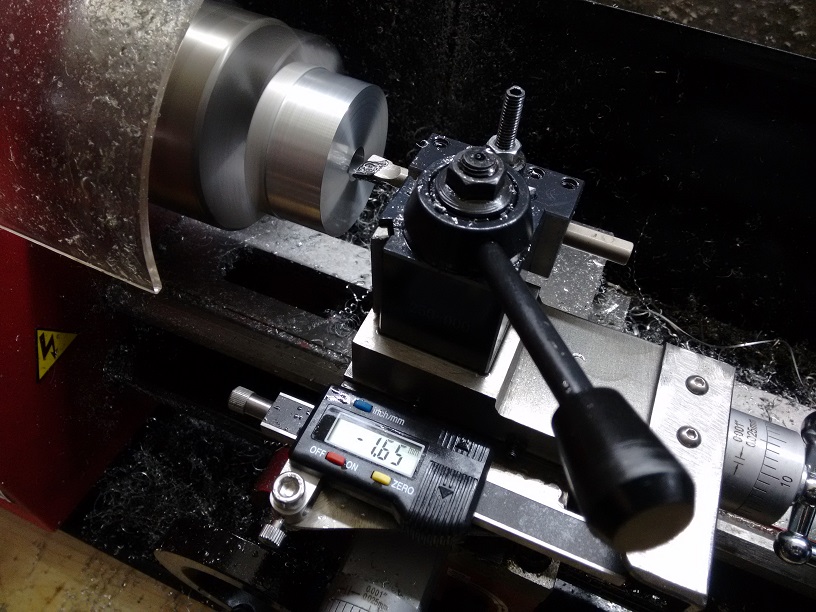 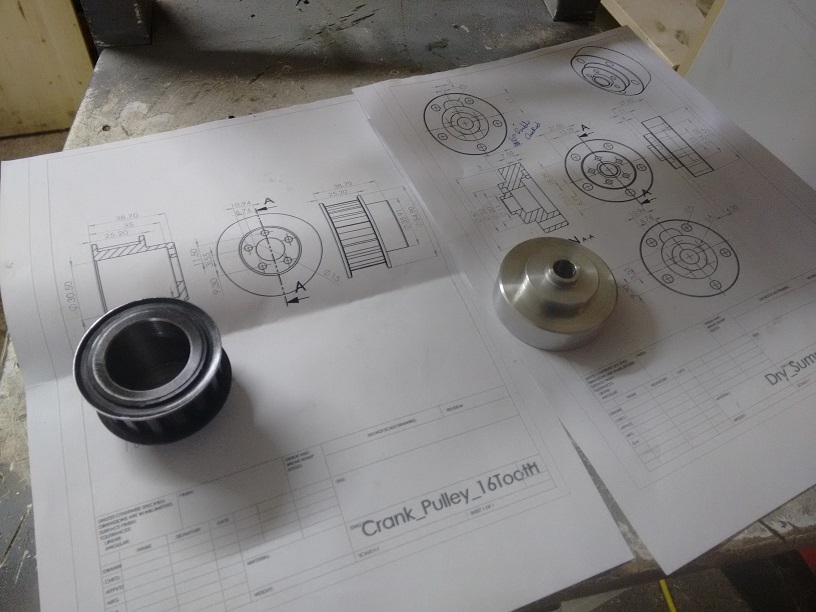 The final features were then machined on the mill. A slot to clear the crank keyway, the five M6 bolt holes and the five M4 gear mounting threads. 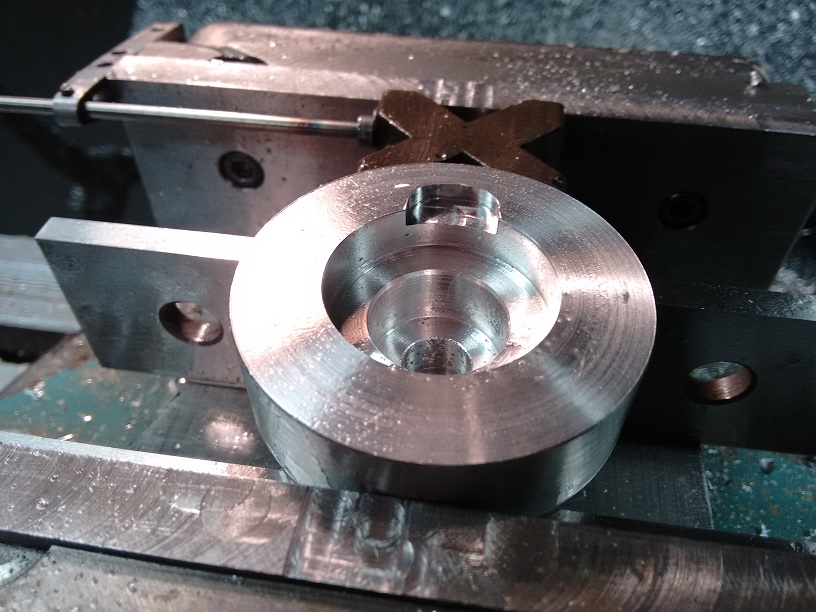 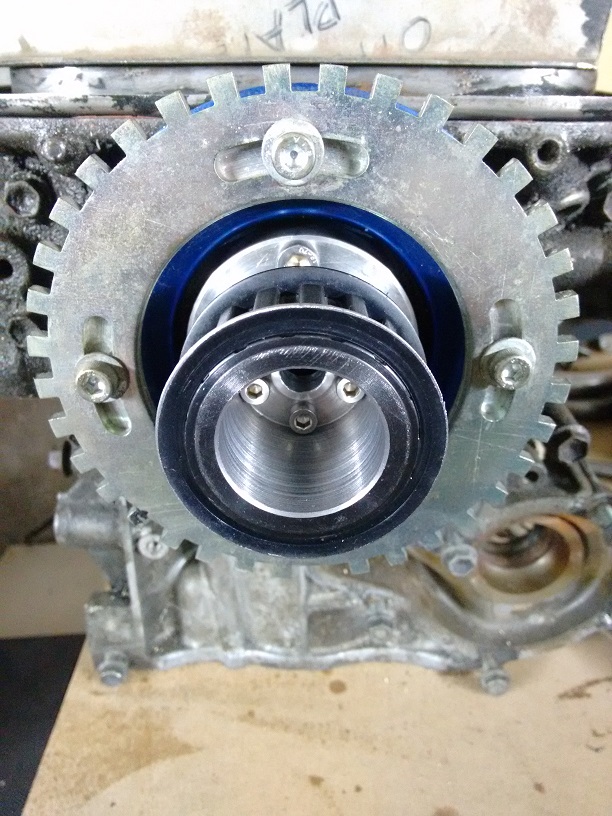 This was what I thought would be the hardest part of the project, but once I used the right equipment to make the components it was actually really straightforward.

At this point I could properly place the vacuum pump in the real world, choose a belt length, and finish the oil-pan. 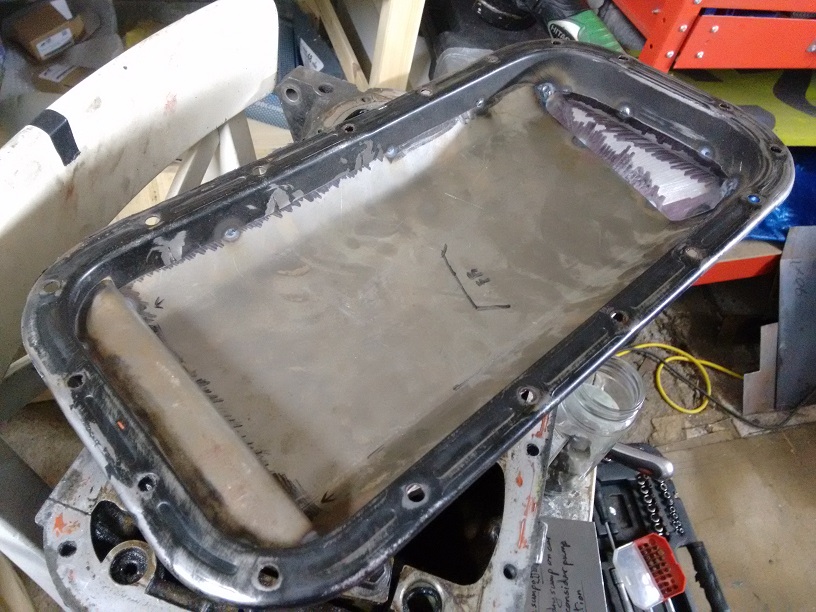 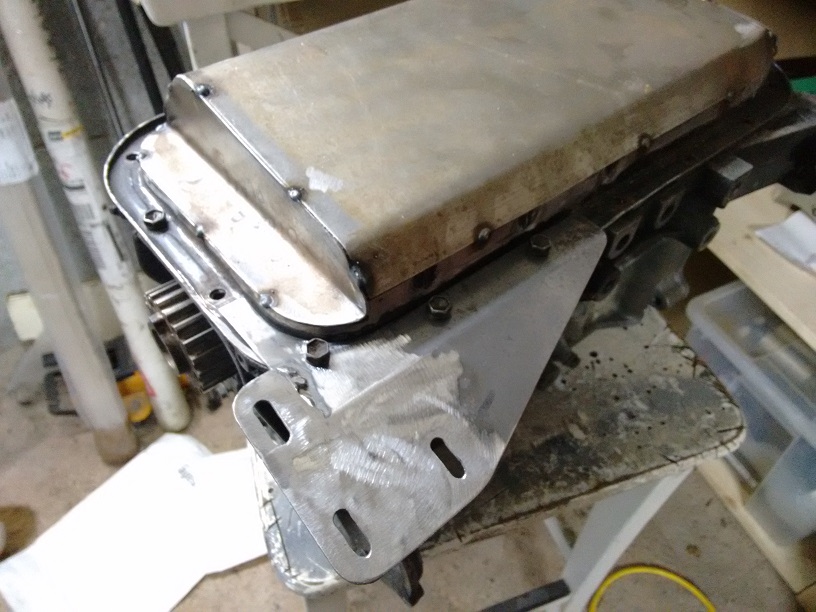 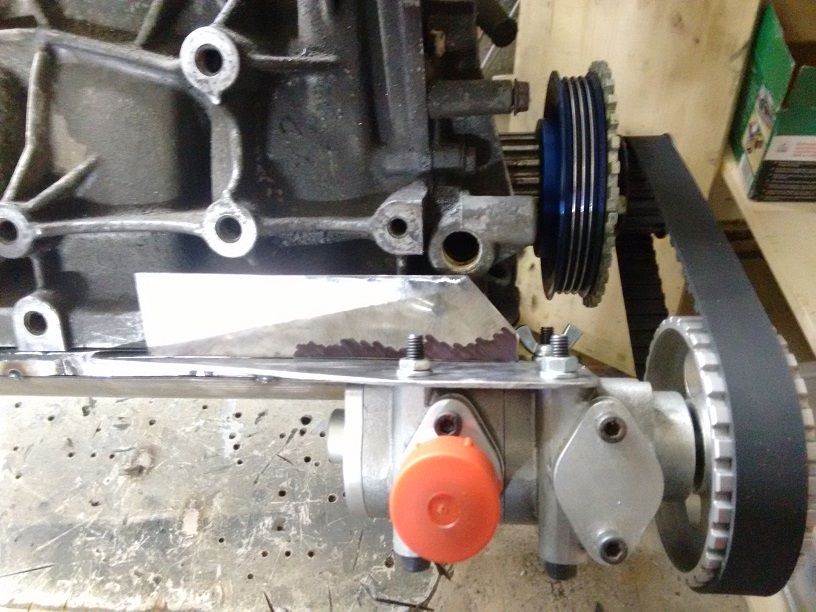 What I don’t have is pictures of the countless hours I spent trying to seal the sump for leaks. I used water and air to find pin-holes and just kept welding, grinding, checking and repeating.  Side note: I need to get a TIG welder…

I also added some bolt-in mesh within the sump to protect the outlets. You’ll noticed that I ended up moving one of the oil outlets relative to the CAD. It actually ended up far tighter and better packaged in real life. 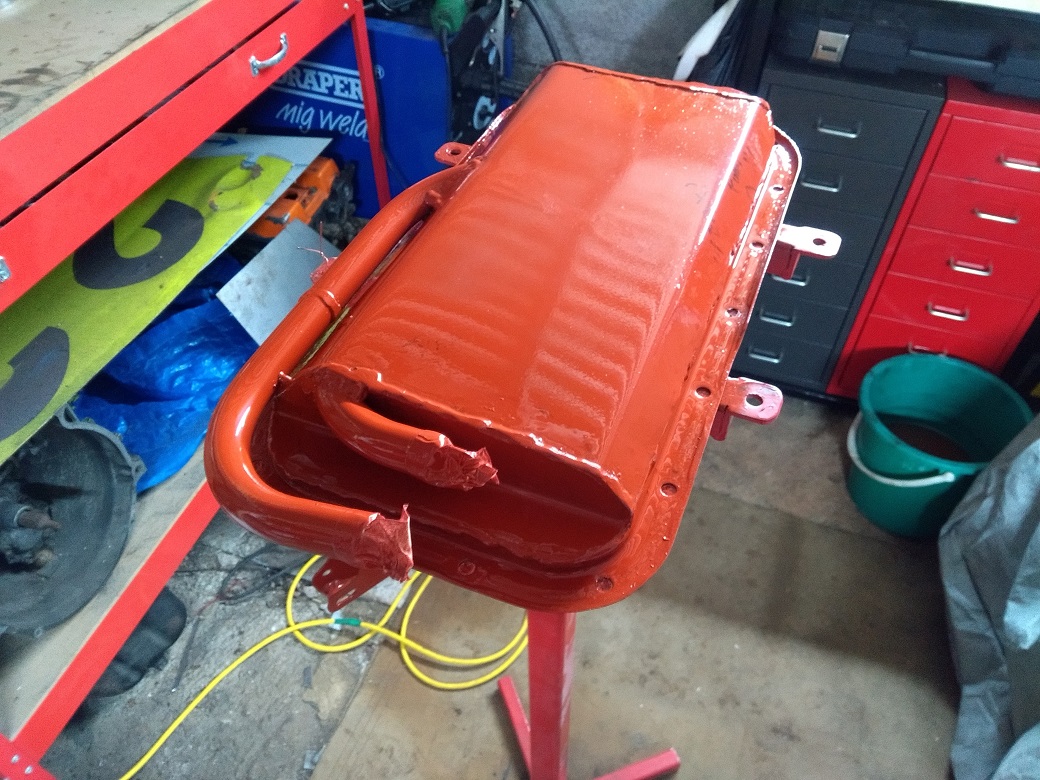 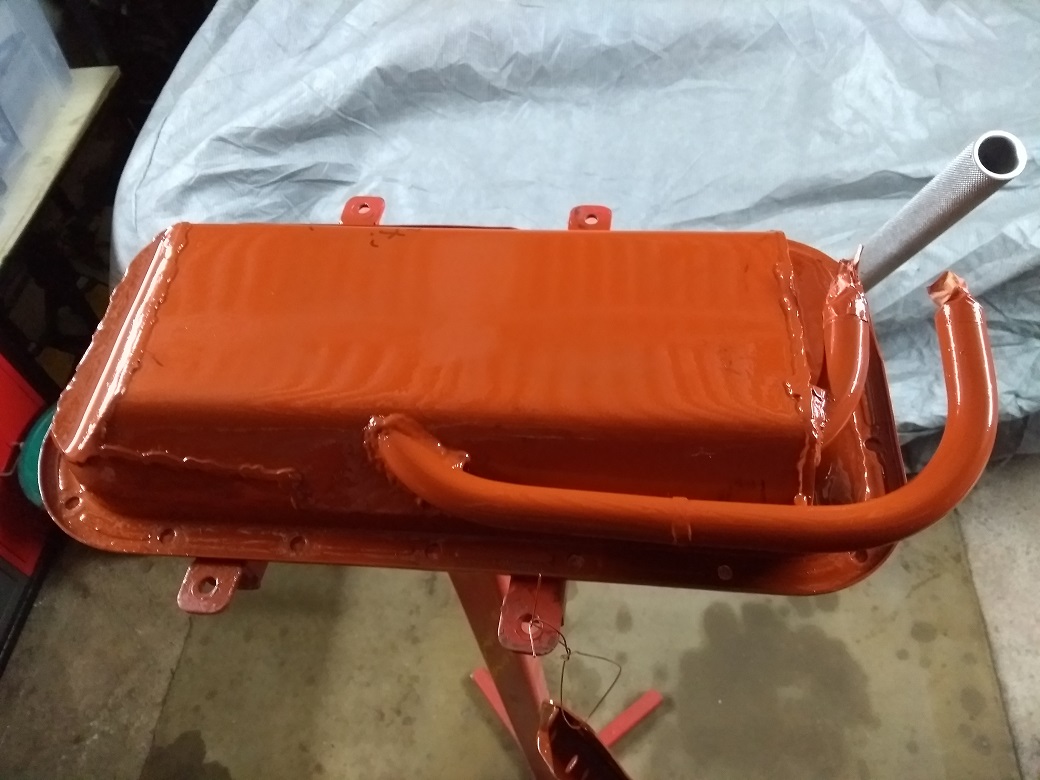 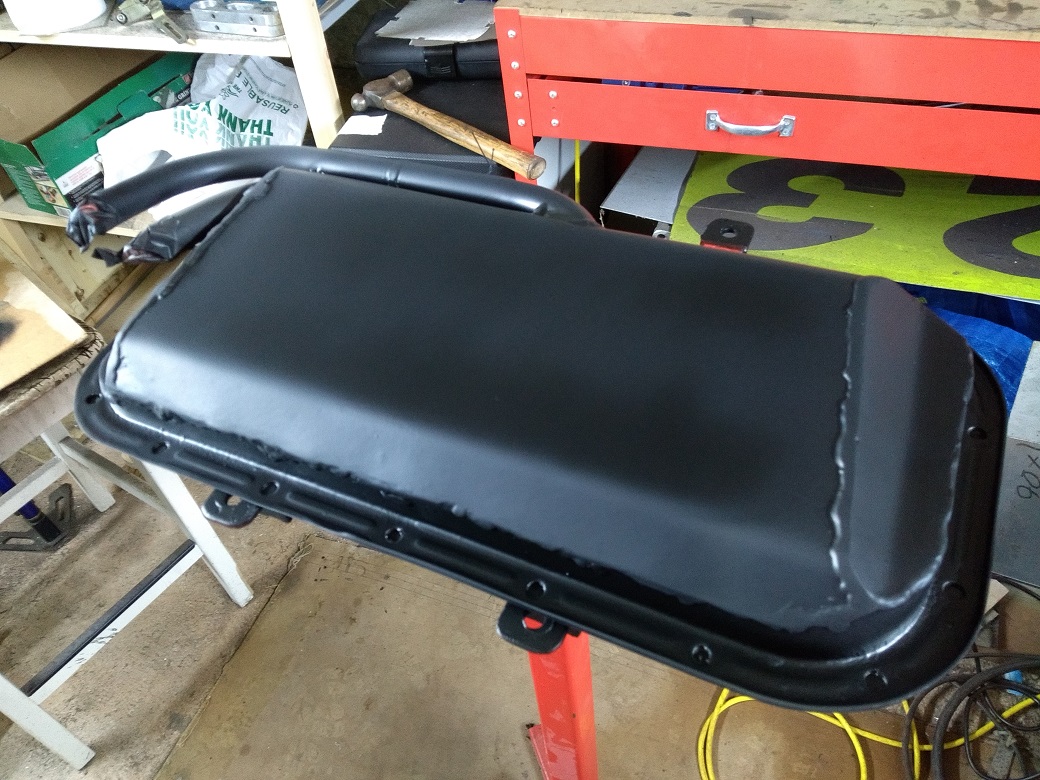 Having made the oil-pan, pump-mount and drive, there were a few small components that needed to be made before I could install the pan. One of these was a bung for the original oil pickup in the engine. This was essentially a large top hat, bolted in place, allowing the use of the original pickup seal. 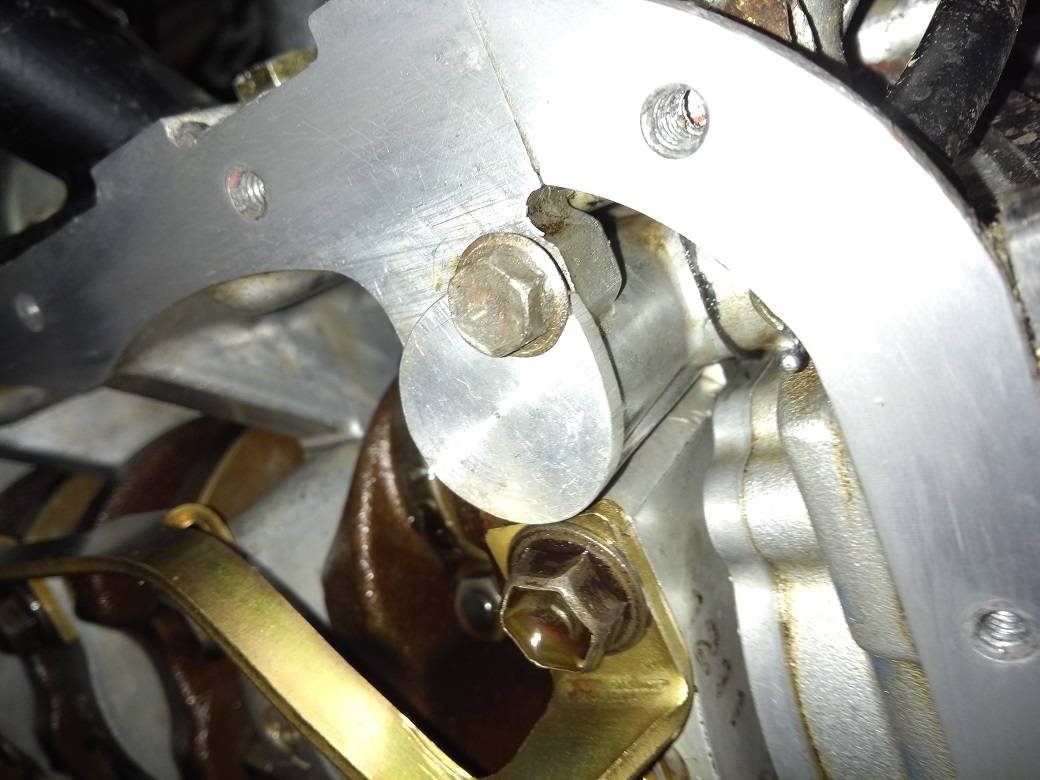 Following this I could finally install the whole lot in the car. 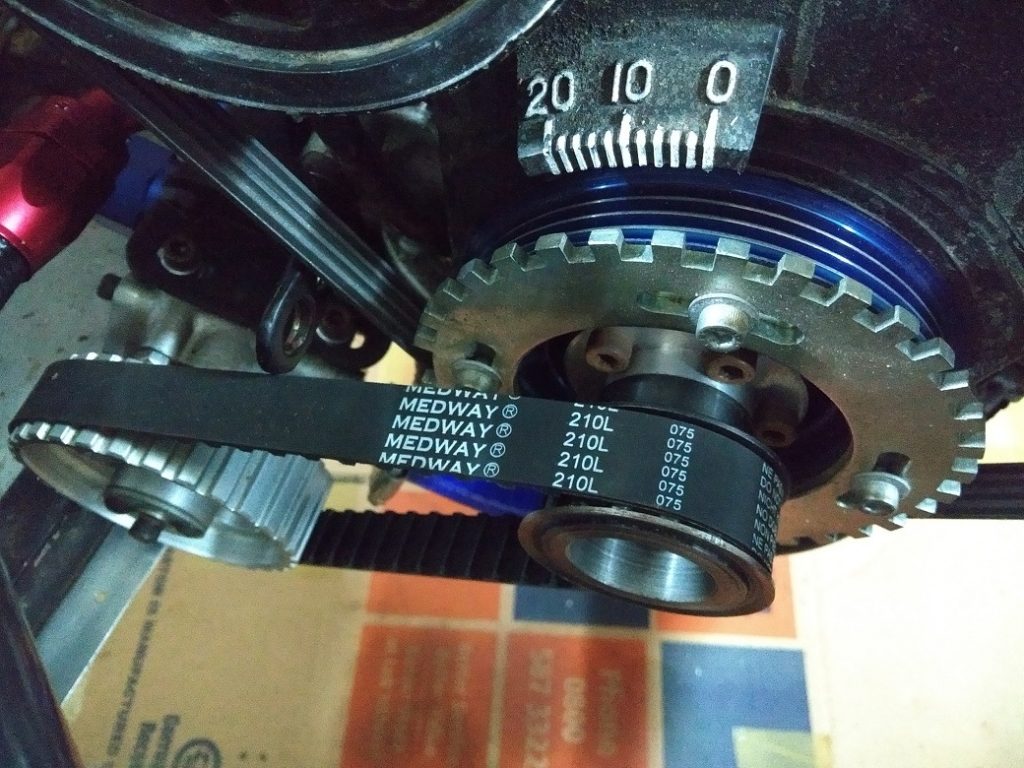 In the final part I will cover the installation of the oil tank and oil lines, and then find out if it actually works!