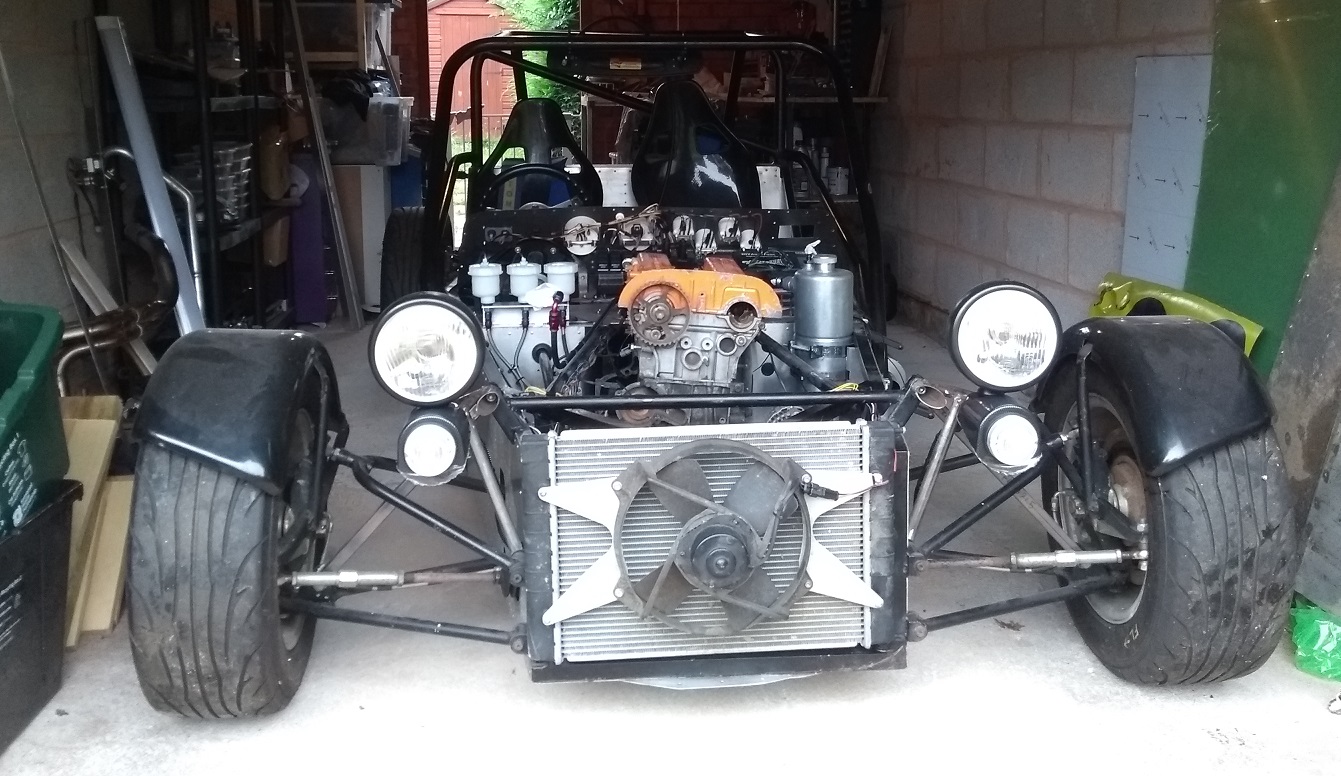 Locost: A long due update

I have five unfinished articles sat in my inbox. Half technical, half updates. But I haven’t been able to bring myself to finish any of them. Free time to write is hard to come by these days, and I am very picky about what I choose to publish. However, it has been far too long without an update, and I owe you all some words and pictures. So here goes.

This time last year I was gearing up for a trip to the dyno. I was going to get the car tuned and then head over to Castle Combe for a cold/wet trackday to round the year off.

My main motivation for putting the car on the rollers was that it hadn’t been running right. I knew something needing adjusting but I just couldn’t put my finger on it. So I decided to put it in the hands of a professional and get it sorted.

On paper, it went badly. Once loaded up on the dyno the car started coughing and wouldn’t run right. After checking a number of things Steve, the resident car doctor, decided to check the compression; just in case. Low and behold, low compression on cylinders #3 and #4. I was kicking myself for having not checked this moons ago, but I was also happy to have found out why the car wasn’t running right. I loaded her back on the trailer and took her home, happy in the knowledge that I would be able to fix the engine back to full health. 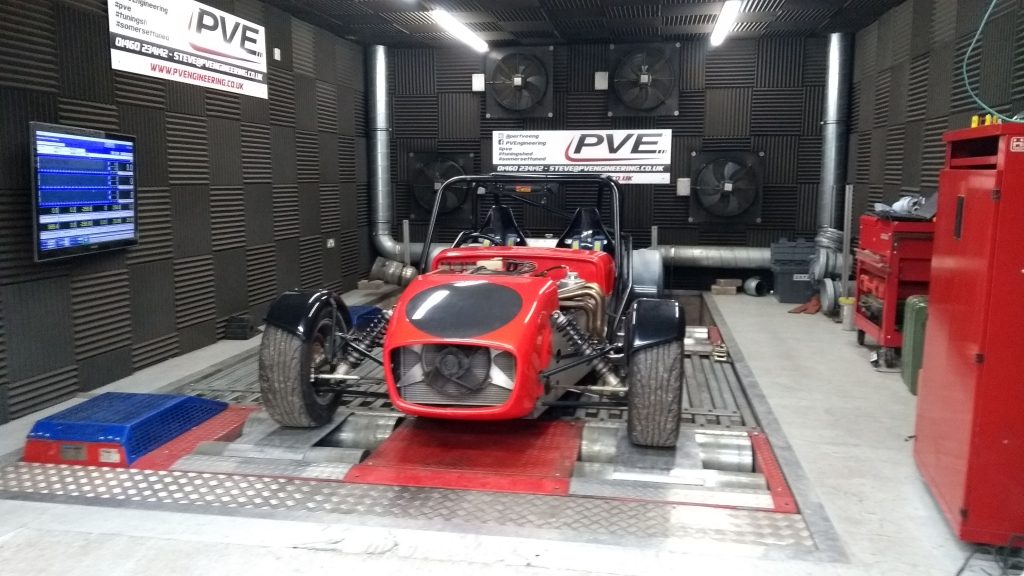 The Locost on the Dyno

I took the top-end off of the engine and checked the head and block for straightness. They were both at the top end of suzuki’s specification, especially between cylinders #3 and #4 (0.05mm), and after much pondering I decided to pull the engine to get both the head and blocked skimmed. 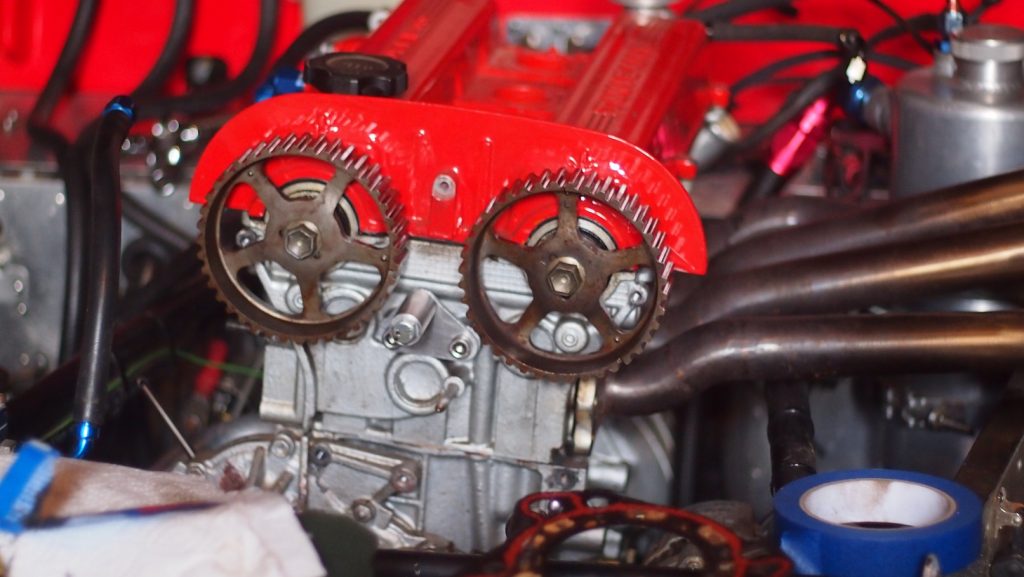 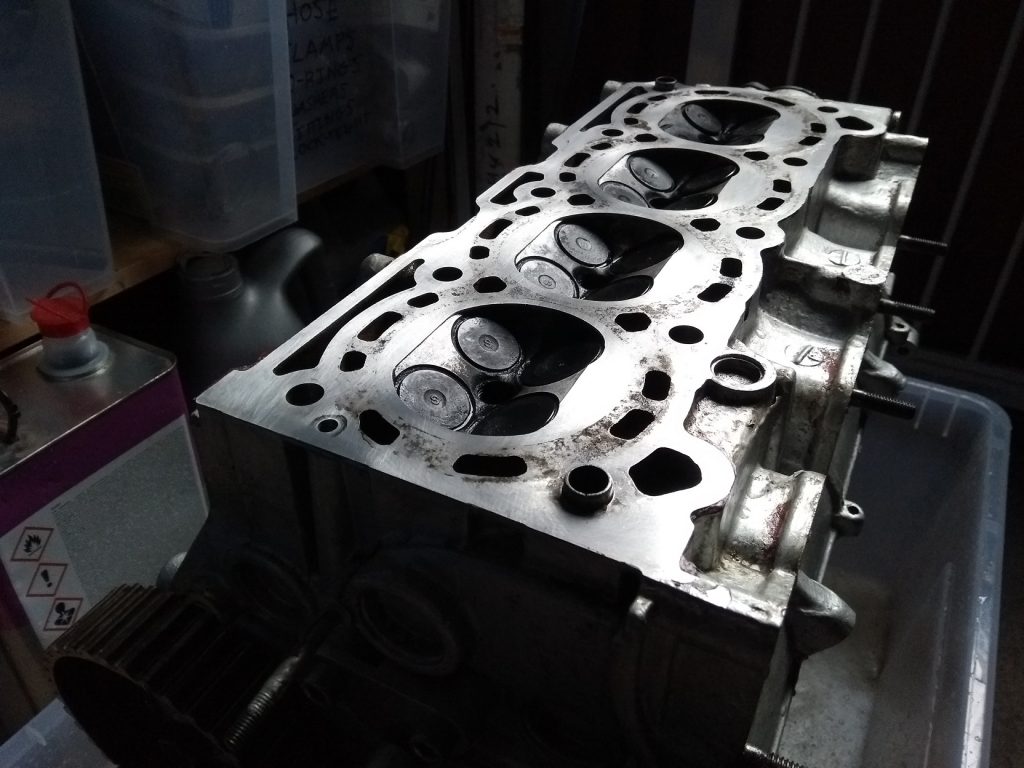 Cylinder Head in need of “reflattening” 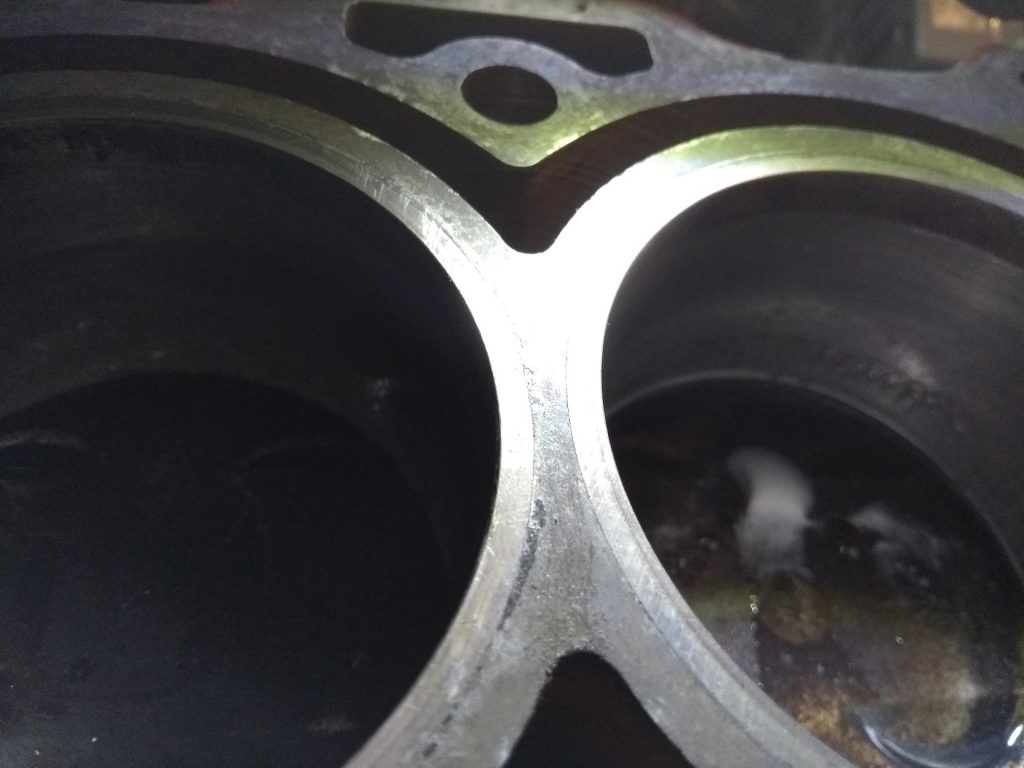 You can’t even see the dip, but it is thereWith the engine out and the head off I also thought it would also be a good time to check the bearings. They plasti-gauged fine but the surfaces were ruined. Too many years driving with a terrible sump design.

The Road to the Road

The car was the most apart it had been since I had first got it moving back in 2012 (was it really that long ago?!?). With life having changed so much in the last few years, the prospect of doing track-days looks less and less appealing. I want to be able to drive the car more often and share it with others.

I decided it was finally time to take the plunge and turn my little red race car into a road car. This was going to be no trivial task. The rule book (IVA Manual) is substantial and requires a large list of tests to be passed for the car to be road registered. 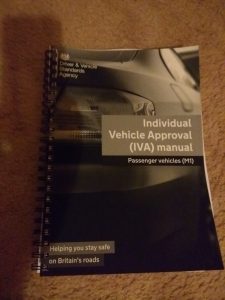 I printed out a physical copy of the IVA Manual and marked down every element that needed to be changed, checked or installed. The to-do list is incredibly long, and it doesn’t even cover all the improvements I want to do to the car while it is stripped down. I knew it was going to take well over a year, maybe even two, to complete. But again: I am stubborn fool. 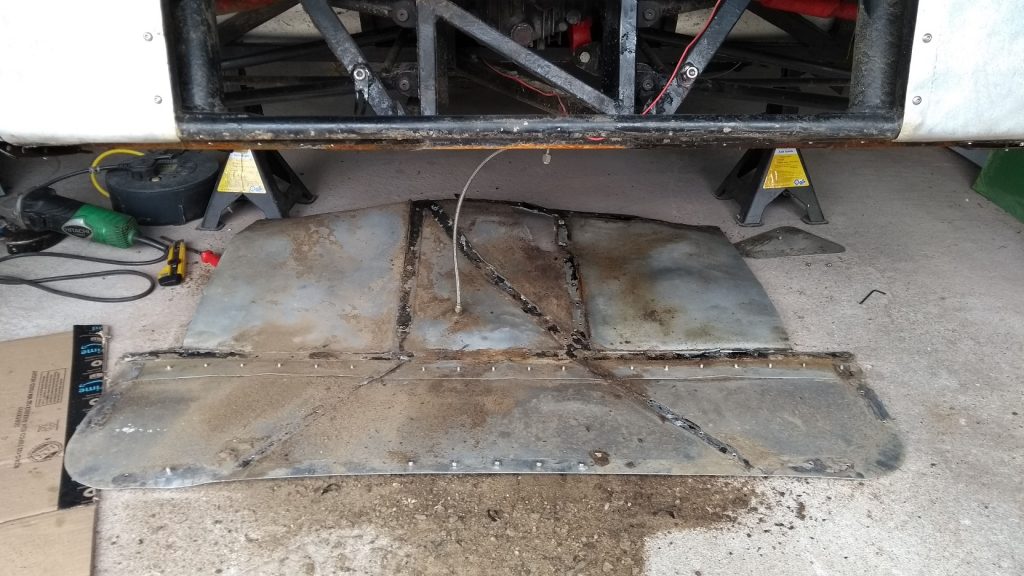 An example of some chassis damage. This rear floor was a moisture trap! Now replaced with a bolt on piece that is easy to clean.

In my own opinion the original wiring loom was terrible. I continue to point out to people that I was learning to build a car while building this car; it shows. Knowing that I was going to have to install front and rear lights I decided that this was a good time to completely re-wire. All the old loom was stripped out, the old mountings cut out and an entirely blank canvas of aluminium  sheet mounted under the scuttle to attach things too. 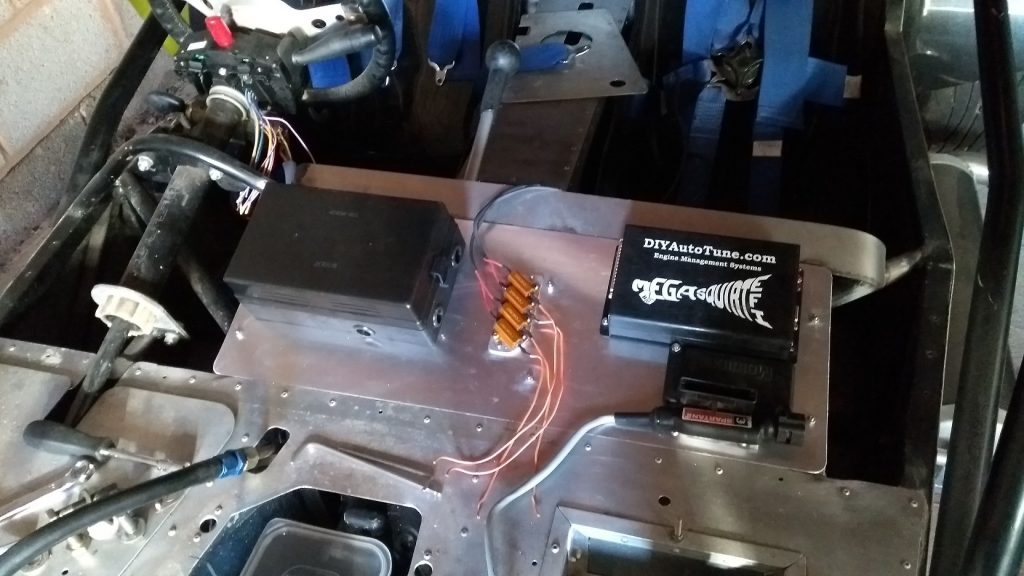 This also ticked off a number of IVA requirements. The loom cannot be accessible under the dash for “radius” reasons, so panelling in underneath was a good idea. It also looks nicer.

In all I managed to entirely re-wire the engine, wire in all the lights (including side repeaters etc) and make use of a set of Ford Puma driver controls including steering lock. I am very happy with the final result. Sadly I have no up to date pictures! These will have to suffice. 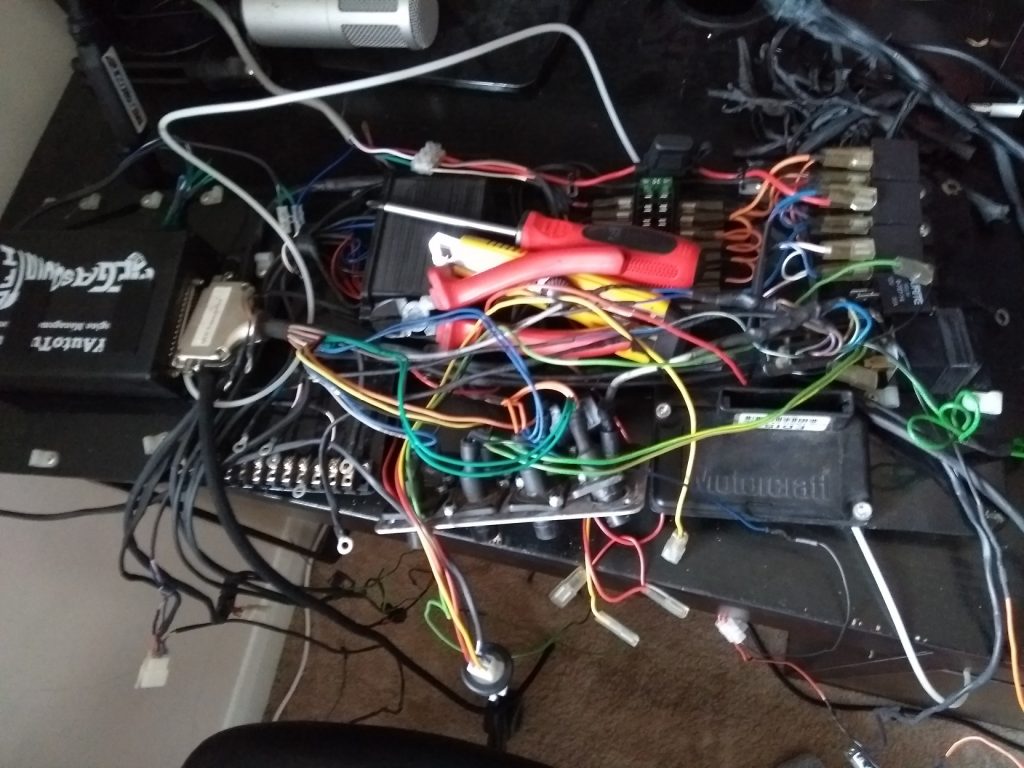 The old loom. Oh dear. And out of focus as well. 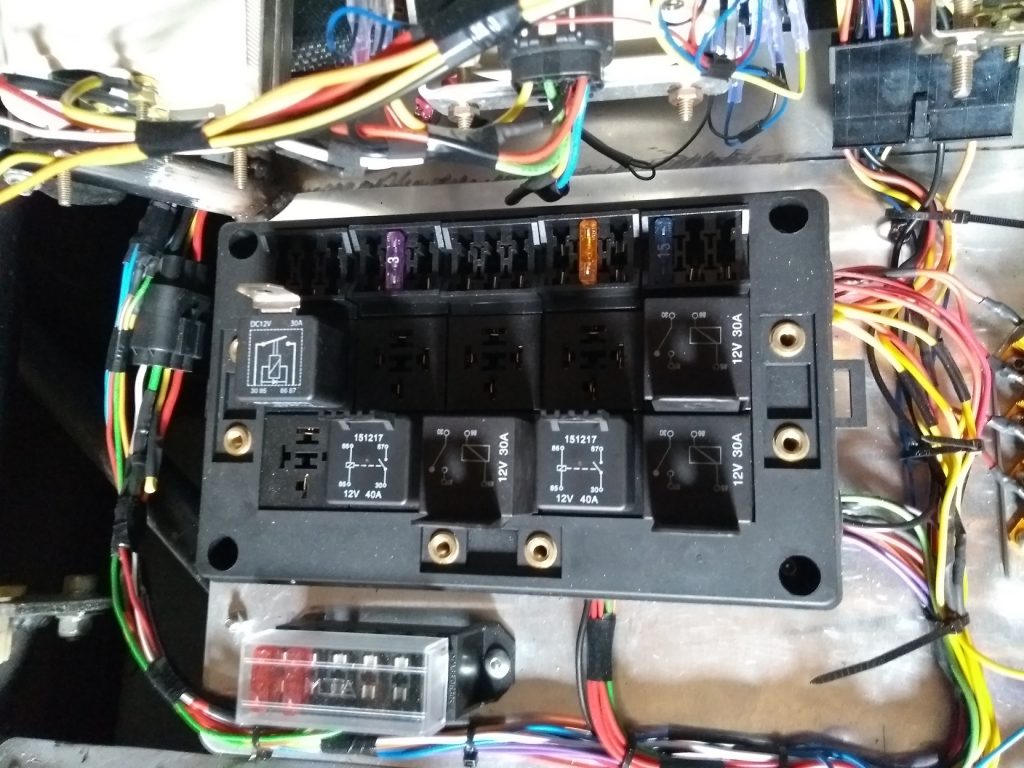 New fusebox and under dash routing 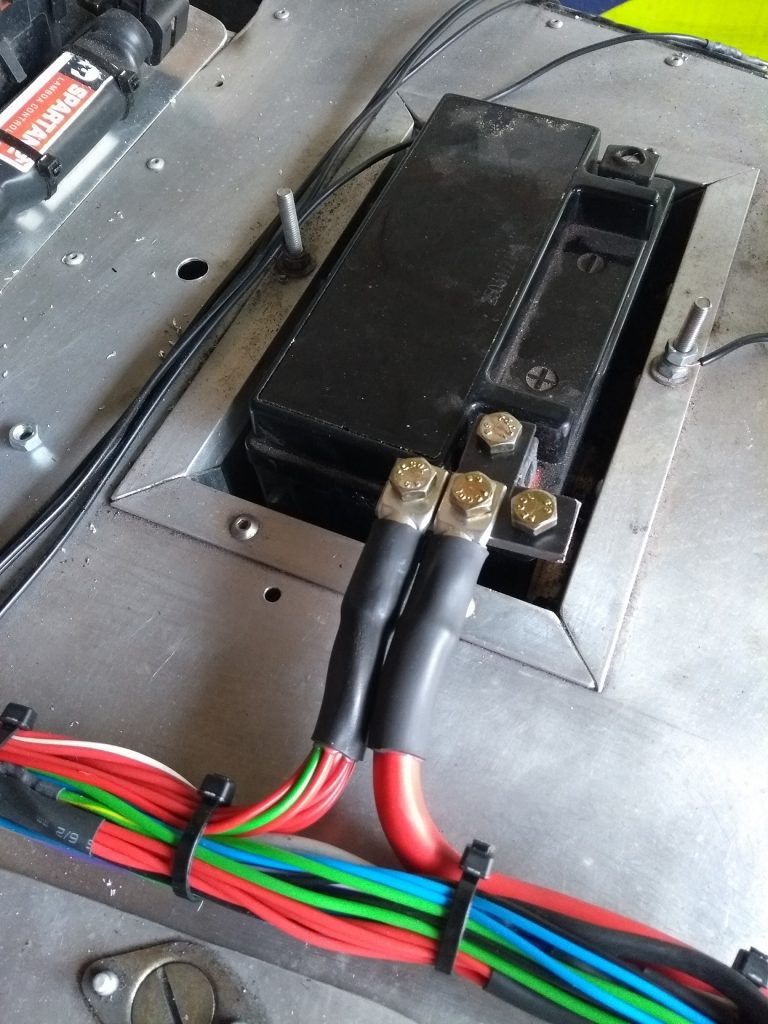 One from the archives. Shows how much neater the wiring is now!

As mentioned, the car was going to need appropriately placed front and rear lights. These needed mounting correctly, so I had to buy new rear arches and fabricate front light mounts. 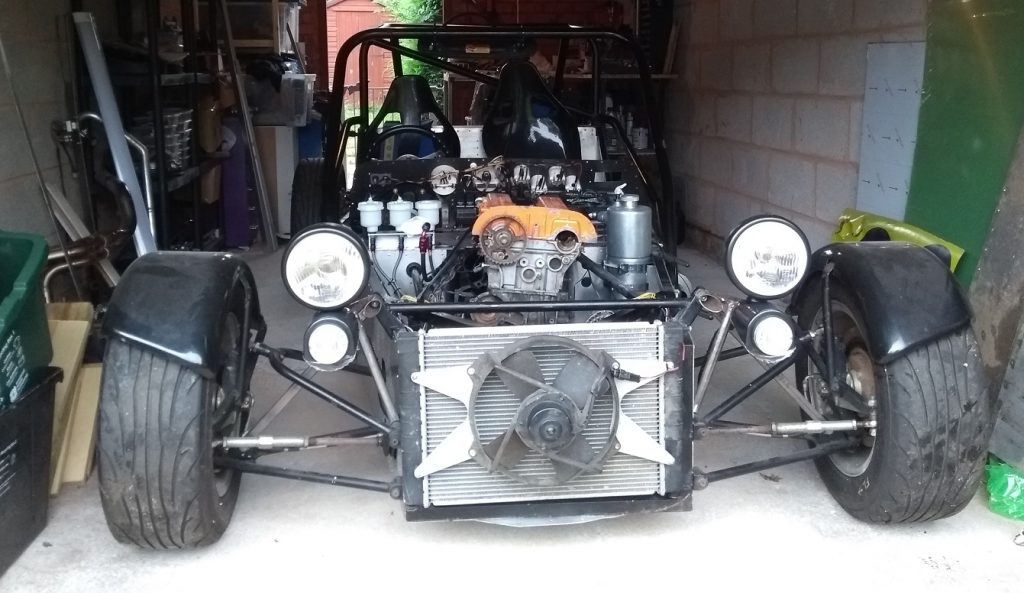 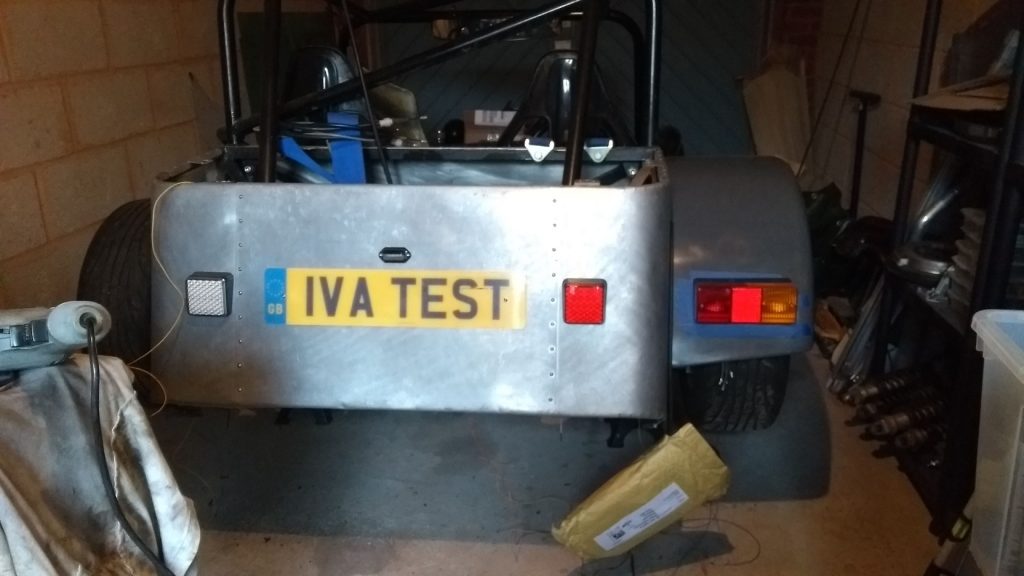 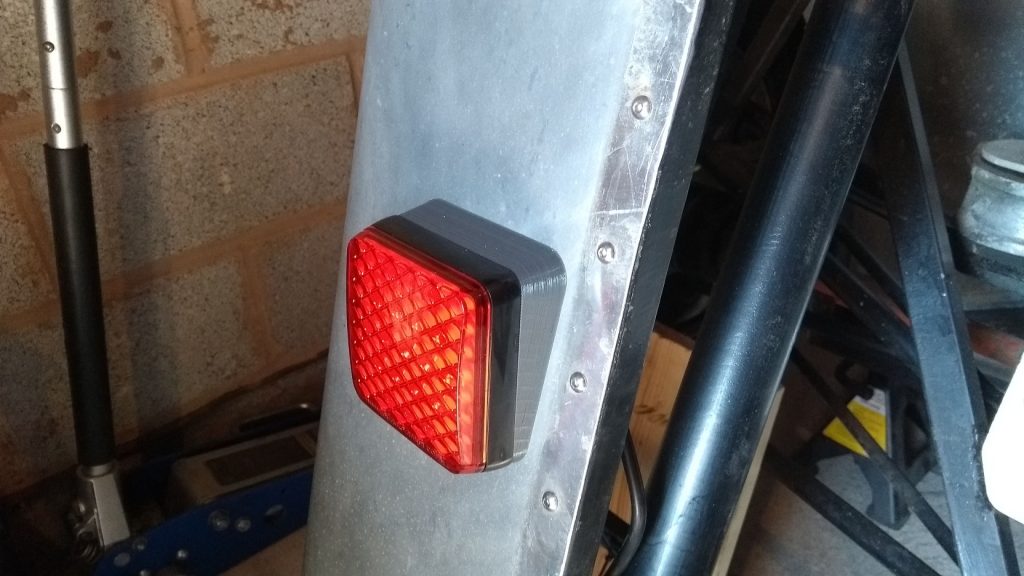 I have been squirrelling away completing the rest of the rear loom, re-making fuel lines, cleaning up the tunnel, welding in new loom mounts, creating a custom handbrake system, completely replacing the rear diff mount and, just today, welding in the mounts for the mirrors.

The to-do list is still substantial and honestly I think I have another year to go. It will be the tale end of 2020 before I can think about putting this thing in front of the DVLA.

I still have an engine to rebuild and get running again, but I won’ tackle that until everything is done on the chassis and it is stripped down ready to receive said engine. One thing at a time and it’ll be on the road soon enough!